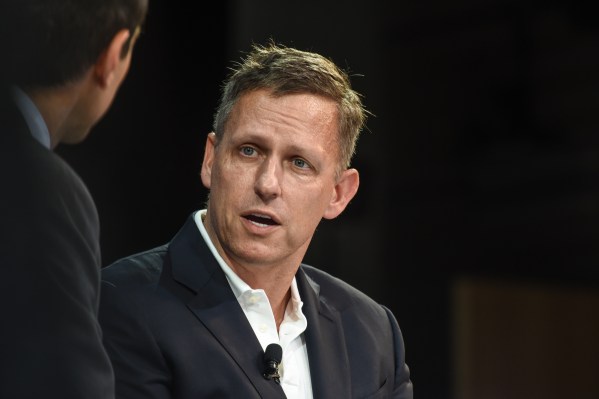 News of the firm’s latest fundraising close was first reported in Axios.

The firm’s $1.2 billion Founders Fund VII closed in December and follows on the heels of a $1.3 billion Fund VI, which closed in 2016. The firm’s first growth fund, which raked in $1.5 billion, closed on Monday as well, according to a spokesperson for the investment firm. An additional $300 million in commitments is coming from the firm’s partnership to round out the $3 billion figure.

Fundraising for the new investment vehicles was first reported in The Wall Street Journal last October. And it follows the reunion earlier in 2019 of Rabois and Thiel — two of the most notorious members of the “PayPal mafia” that’s produced a number of billionaire entrepreneurs and investors.

The speed with which Founders Fund has been able to raise new capital is matched by the firm’s alacrity in deploying new dollars, according to industry watchers. Rabois in particular has made a splash at Founders Fund since joining the firm — investing large sums in competitive rounds, investors said.

But the firm’s success in fundraising is likely due to the returns it has been able to reap for its limited partners. For its 2011-vintage fund four, Founders Fund has more than quadrupled every dollar that the fund committed, to $4.60, according to a report in The Wall Street Journal (thanks to investments in Airbnb and Stripe Inc.). That figure compares favorably to the industry average of $2.11. Meanwhile, the firm’s third fund saw its returns increase to $3.80, 75 cents more than the industry average.

As for how decisions get made, Banister explained that the voting structure is dependent on the size of the check. “So you’d meet with one or two or three or four partners, depending on your [investing] stage,” she told attendees. Because she’s looking at very early-stage startups, for example, she doesn’t have to meet with many people to make a decision. As “dollar amounts gets larger,” she continued, “you’re looking at full GP oversight,” including the involvement of senior members like Brian Singerman and Keith Rabois, and “that can a little more difficult.”

Update: This story has been updated to reflect that the firm’s Fund VII was $1.2 billion and its Growth Fund was $1.5 billion.

DeFi aims to bridge the gap between blockchains and financial services

Can we debate free will versus destiny in four pages?

Reaching a new generation of news viewers with...

Trump amped up his war with Fox News...

See pattern to who Trump is pardoning